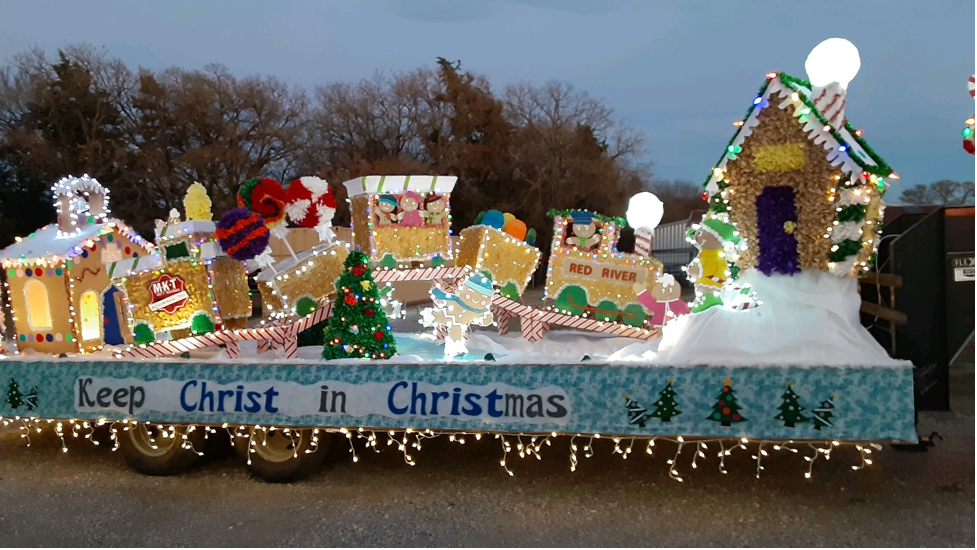 Council 830 did it again winning First Prize in the annual Denison Christmas Parade. Council 830 member Mike Schindler, also chairman for the past three years, reported this is the third year in a row the council won the coveted award. This year’s theme was Red River, named after the river that separates Denison from Oklahoma. The “Keep Christ in Christmas” theme float will now be entered in the Sherman Christmas Parade which is scheduled for December 5. Other members involved in the construction of the attractive float included John Hanel, Tony Facicchio and Jim Oborny.