Exemplification Ceremony WDD’s and Brother Knights,  Not sure about you but I welcome October! I am excited about the...
28 September

Knights of Columbus – Diocese of Dallas

Knights of Columbus – Diocese of Dallas WGK’s.  I hope this email finds you and yours doing well. Hard...
23 September

Prayer Request for Diaz Family Brothers All,  I received this note from ADD Ed Diaz first thing this morning....
13 September

Pro LIFE News Sep 2020 All, Please forward to all you can in your councils. Hike for Life –...
12 September

Prayer Request for DD Nick Flores DD 113 Nick Flores of Dallas was recently diagnosed with lymphoma and has...
5 September

Brothers All,  I wish to thank all of you that were able to attend in person the DDC Meeting...
11 August

Brothers: You are receiving this note because your Council or Assembly has been a long time supporter and sponsor...
5 August

Safe Environment Coordinator – Dallas I am pleased to announce that Mark Dema has officially accepted the position of...
3 August

Diocesan Organizational Meeting Handouts My thanks to all of you for all your help on Saturdays meeting. AS I...
15 July

Shield a Badge with a Prayer

Shield a Badge with a Prayer Brother Knights, McAllen Police Officer Ismael Chavez and Officer Edelmiro Garza were both...
15 July

A Message from the Supreme Knight

A Message from the Supreme Knight July 15, 2020 Brother Knights: We are all aware of the troubling events...
29 June

Roy Rabenaldt Retires as Dallas Diocesan Deputy Roy Rabenaldt doesn’t hesitate to mention that one of the highlights of...
16 June

State Deputy on JPII National Shrine Greetings Brothers: The attachment is a response from our Supreme Office to members...
15 June

Open wide our hearts, the enduring call to love. A prayer from a pastoral letter against racism from the...
4 June

Calling All Men To Join Us

Dallas Knights Called to Action My Brothers Knights and Dallas Leaders, Our Most Reverend Bishop Edward J. Burns has...
9 April

Holy Spirit Council 8157 serves up support for local EMTs When their public fish fry events were cancelled due...
23 March

My Brother and Lady Knights, I cannot begin to tell you how much I have enjoyed working with each...
20 March

The 2020 Texas State Convention is Canceled

Update from our State Deputy

Update from our State Deputy The situation with the coronavirus is affecting all of us – in our jobs,...
17 March

“You Talkin’ To Me?”- Leading The Way At The State Convention By Becoming An “Individual Sponsor”!

“You Talkin’ To Me?”- Leading The Way At The State Convention By Becoming An “Individual Sponsor”! A new innovation in...
19 February

Get Your Ads in the Convention Program Before Time Runs Out

The 116th Annual Texas State Convention – Thankfully, It’s NOT An Olympic Event! Every two years we are drawn...
28 January

116th Annual Convention of the Texas State Council Knights of Columbus This is the official call of the 116th...
23 January

K OF C STATEMENT ON UKNIGHT VERDICT On September 12, 2019, a jury issued a verdict in the legal...
4 December

Important Note: Revised Boys’ Brackets for the Dallas Classic! Because 3 of the 8 Boys teams participating in the...
23 November

Veterans Appreciation Council 8157 in Duncanville served hamburgers and hot dogs for the resident veterans of the VA Medical...
7 October

Texas to pilot a change to the STAR Council program

Brother Knights, Texas has been selected to pilot a change to the STAR council program.  This pilot is an...
18 September

Council 830 in Denison again hosted the Ciaccio Memorial Golf Tournament at the Tanglewood Golf Club with over 100...
6 August

Banquet Guest Speaker: Bishop Burns Brothers it is my honor and pleasure to announce that our Guest Speaker for...
20 May

The 2020 State Convention will be in Dallas

The 2020 State Convention will be in Dallas An amazing team is being assembled and planning has already begun...
17 April

We Mourn the Passing of SK Andy Goza

We Mourn the Passing of SK Andy Goza It is with a heavy heart that we inform you of...
30 March

Special Olympics Spring Games Help Needed Brothers, If you have not already informed me that you will be helping...
27 March

Become a CCD Ambassador by sponsoring a food drive Here’s all you need to know to make it great....
24 March

The Dallas Diocese Chapter will be supporting the 26th Annual Bishop’s Pro-Life Dinner on April 13, 2019 with the...
12 March

The DDC Clergy Appreciation Dinner of 2019

The Bishop of Dallas, Most Reverend Edward J. Burns, has released a list with the “names of those priests...
22 January

Planning Underway for the 56th KofC Bob Stras Dallas Classic Where were you in ‘62? Gasoline was 28 cents...
19 July

The Knights of Columbus Dallas Diocese Chapter will be supporting the 2018-2019 Diocese of Dallas Directory with the placement...
16 July

Supreme Rolls Out Faith In Action

Here’s the “FAITH IN ACTION” guide from the Supreme website. The four main areas are: 1. FAITH2. FAMILY3. COMMUNITY4....
4 June

Year End Meeting & Awards Banquet Presidents Message: My sincere thanks goes out to all Brother Knights for a...
25 April

2nd Annual DDC Golf Classic Recap President’s Message: A big thanks goes out to all 28 teams who participated...
19 April

The Dallas Diocese Chapter supported the 25th Annual Bishop’s Pro-Life Dinner on April 21st, 2018 with the placement of...
6 March

Memorial Service for Javier Martinez March 14, 7PM at Council Hall 5052 It is with great sadness that we...
5 March

IMPORTANT FROM DISTRICT MASTER KofC Brothers, I have been asked for clarification to be posted on the subject of...
4 March

Dallas Knights and Families Serve Tornado Torn Neighborhood Cleanup Council 6402 and their families brought a crew together to...
15 November

Special Olympics Bowling Produces Champions The foremost principle of the Knights of Columbus, charity, is never more on display...
12 November

Diaconate Program Support Do you support the idea of creating a diaconate support program within the Dallas Diocese?  ...
6 December

Contracting new Field Agents for Dallas and Fort Worth. Please read Success at the Regan Agency has created an...
6 July

How Do Your Charity Assessments Help the Deaf and Disabled in Texas?

How Do Your Charity Assessments Help the Deaf and Disabled in Texas? Ever wonder how the State Charities fund...
30 August

Knights show public support for the right to life and our councils are encouraged to participate in or sponsor local, state/province, regional or national Marches for Life.

Our wheelchair mission program enjoyed great success last year when it delivered wheelchairs in Puebla, Mexico. Learn how your council too can start participating in this great program.

The Special Olympics events have kicked off in the Dallas Diocese. Look for the upcoming aquatics competitions, the individual basketball skills events and bowling.

Pope Francis has named the Most Reverend Edward J. Burns to serve as the new Bishop of the Diocese of Dallas beginning December 2016.

Since 2009, Bishop Burns has served as the Bishop of Juneau, Alaska. Prior to that, the 59-year-old bishop served the Catholic Church on the national level as Executive Director of the Secretariat for Clergy, Consecrated Life and Vocations at the United States Conference of Catholic Bishops in Washington, D.C. from 1999 -2008. In 2008 he was named the Rector of St. Paul Seminary in Pittsburgh, PA. In January 2009, he was named the Bishop of Juneau. Prior to 1999, Bishop Burns served in parish ministry, diocesan administration and did extensive work in vocations.

Admissions Degree St. Jude Council 11293 Registration for candidates will begin at 8:00 AM. Candidates will attend mass at 8:30. Program begins after mass. 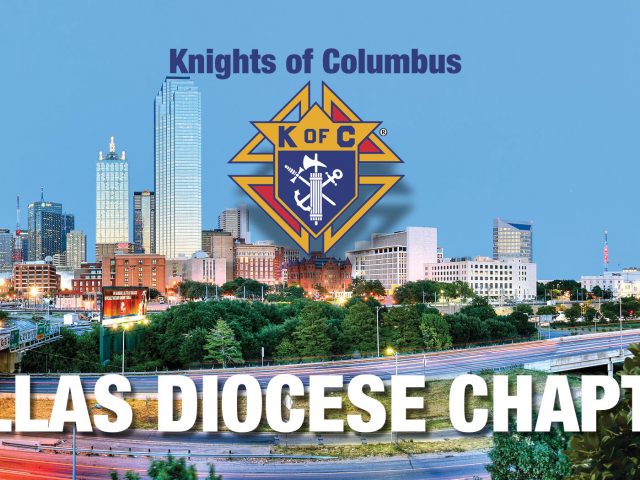 Pilgrimage to the Holy Land 2020 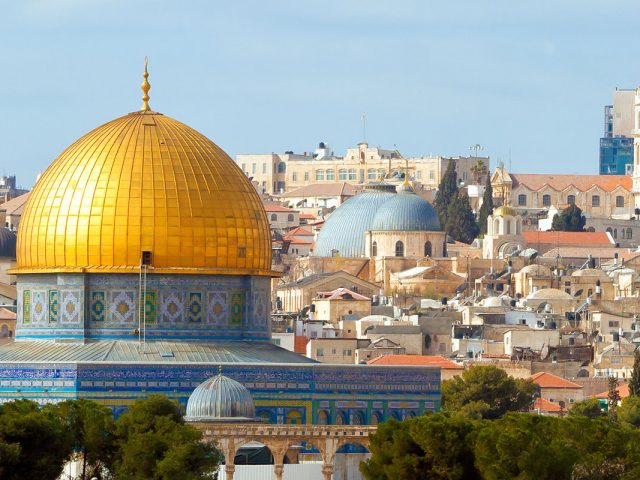 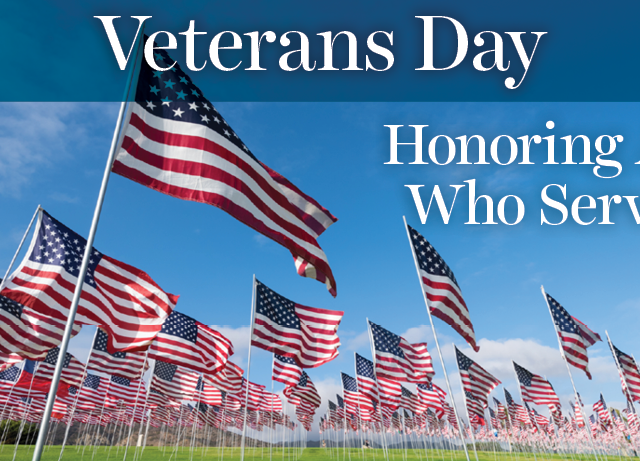 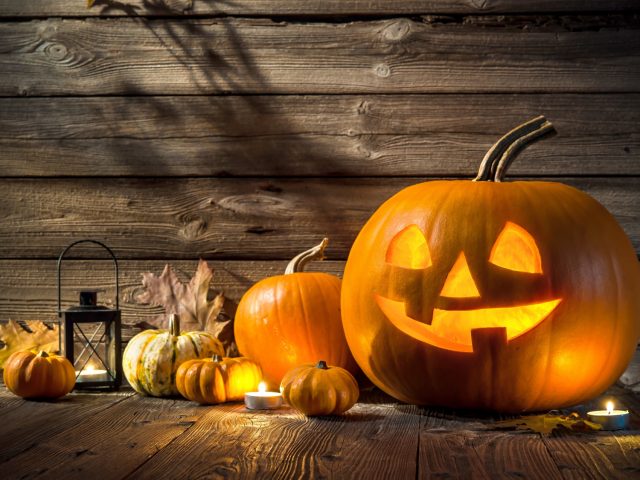 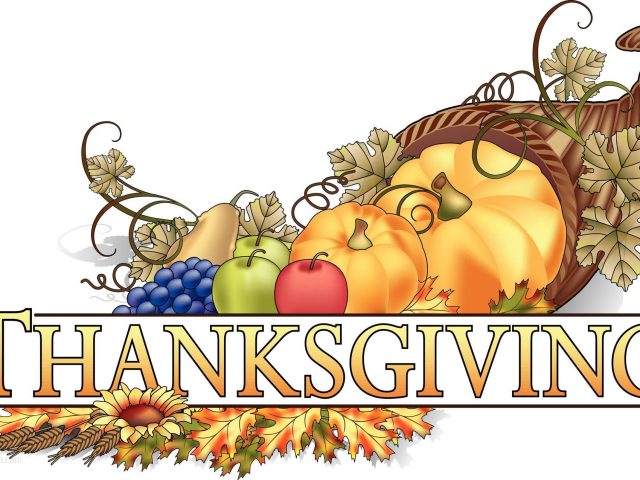 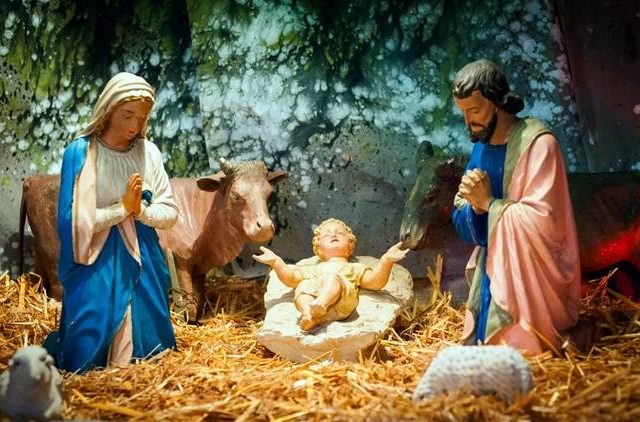 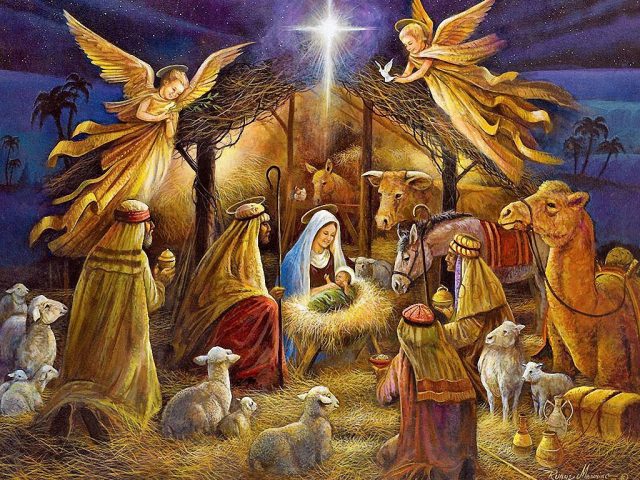 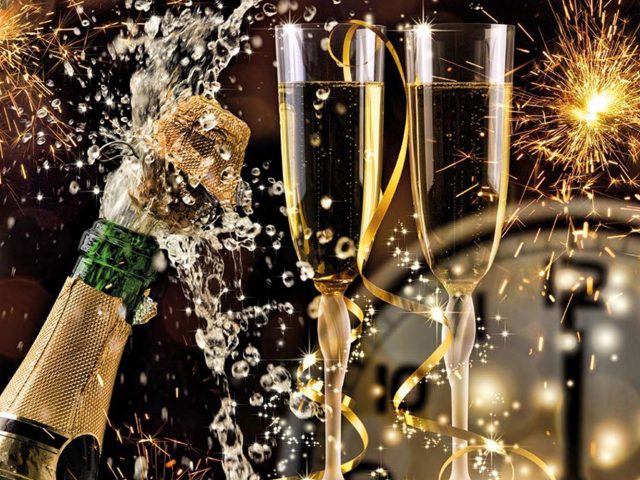 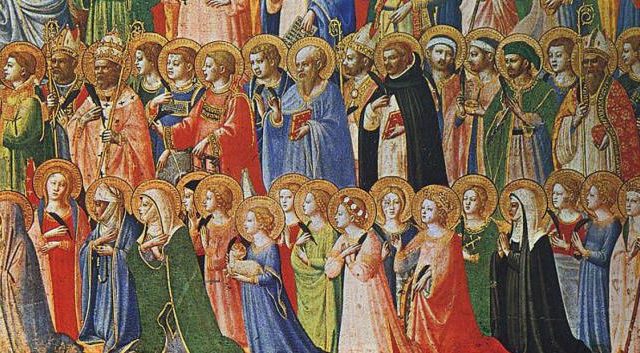 The Immaculate Conception of The Blessed Virgin Mary

The Immaculate Conception of The Blessed Virgin Mary 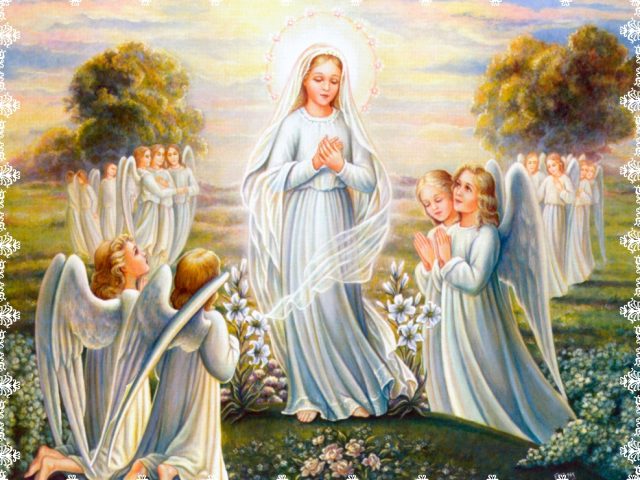 Dallas Diocese Chapter Meeting November 19 Please mark your calendars down for our first Dallas Chapter meeting on Thursday November 19th.   Dinner  at 6:15 with the meeting starting promptly at 7 pm.  I will start pulling the agenda together shortly.  Again I would ask all speakers  to be mindful of time and limit your announcement/speech […]

Dallas Diocese Chapter Meeting March 25 Please mark your calendars down for our first Dallas Chapter meeting on Thursday March 25th.   Dinner  at 6:15 with the meeting starting promptly at 7 pm.  I will start pulling the agenda together shortly.  Again I would ask all speakers  to be mindful of time and limit your announcement/speech […]

Training: You Are Your Programs

Degree in Kaufman Just received word that Father gave us the date of November 7th after 5:00 Mass to have the Degree in the hall. Doors open at 5:45 and no more than 40 people. Mask and social distancing required. No food or drinks allowed. Please advise if this fits your schedule. All new candidates […]

Father McGivney to be Beatified on October 31st 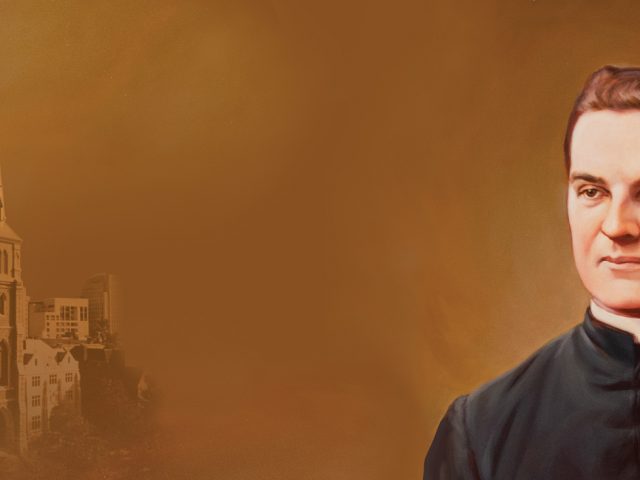 The world needs Catholic men to step up and live out their faith.
The Knights of Columbus helps men to answer that call to do more, and to be more.

JOIN THE KNIGHTS OF COLUMBUS 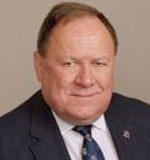 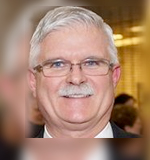 Thank you all for attending our Dallas Diocese Clergy Appreciation Night! 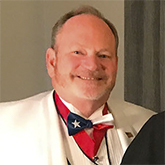 Mike Courtney and I will be Co-Chairs for the 2020 State Convention in Dallas.