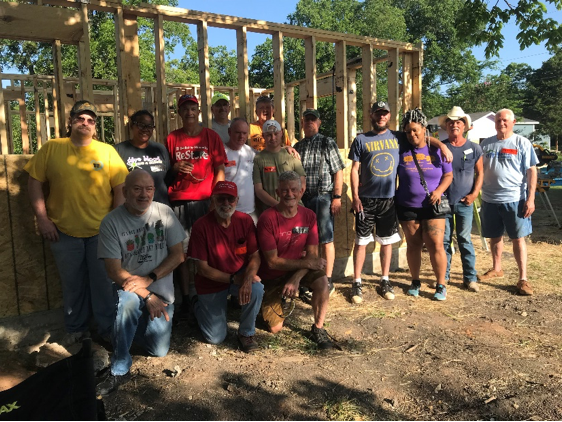 Although temperatures reached into the triple digits, members of Council 830 in Denison turned out and supported the building of a Habitat for Humanity home on June 18. The group was led by GK Jim Oborny (red shirt) and Frank Ventura DGK and incoming GK (light blue shirt). The council turns out several times in a year in supporting Habitat for Humanity projects. In addition, some of the members serve on the board and work in the organization’s resale barn. The council also rehabilitates senior citizen homes that require tender loving care and present a financial hardship for the inhabitants. The council selects a home in coordination with the City of Denison and performs maintenance and upgrades on the home including painting, roofing, landscaping, and other minor actions. The work is performed on a Saturday and has involved as many as 50 parishioners including knights and their families.